A standard 3G smartphone released in August 2011, the Samsung S5610 is also known under the name of Samsung Primo. It weights 91 g and comes with a great TFT touchscreen supporting a 240 x 320 pixels resolution. Although an older device, it still satisfies some of the highest standards in mobile technology. And because such a gread phone should always be taken care of, this article is going to show you how to keep it functional by hard resetting the Samsung GT-S5610.

The master reset process involves restoring all settings back to default, as well as erasing applications that have been installed by the user. Together with these ones, all other user data will also be deleted from the phone. By doing this, we ensure that all viruses that could be stored on the memory are not a problem anymore. If the phone is still not working properly after this, it might be necessary to take it to a mobile service company.

The Samsung Primo GT-S5610 is an Android phone that’s equipped with two cameras: a 5 MP primary camera attached with smile detection, as well as a VGA secondary one. Coming with an MP3 / MP4 player and a Bluetooth v3.0, the phone can store up to 108 MB internally. In additionat to that, an additional 32 GB of pictures, music, videos and other files can be saved on the external micro SD card.

How to Reset the Samsung Primo GT-S5610 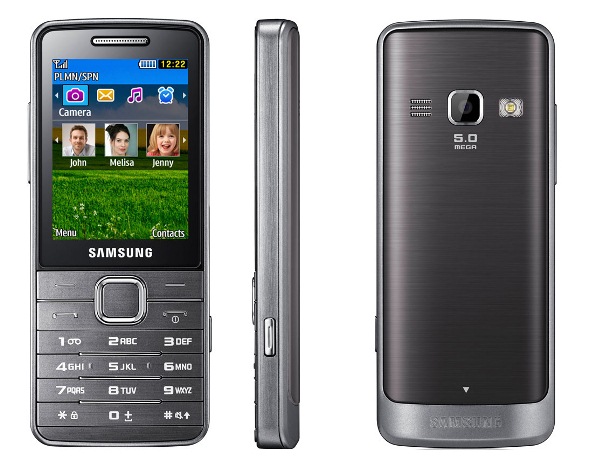 Before taking any further action, you will need to make sure you’ve completed a backup, so you won’t lose any important data. Since we’re dealing with a device that’s powered by the Android OS, we’d like to recommend using the reknown Phone Copy application. However, being entirely your responsibility to save all files, you can consider yourself free to use any similar method you prefer.

The master reset procedure is easy to perform on this type of Samsung, as it follows the usual routine that you might have got used to from other similar phones. This being said, all you need to do is use the buttons shown in the picture:

You can also do the same by using the reset code – all you’ll have to do is enter *2767*3855# in your dialer. Once you confirm it, the phone will reboot by itself and wipe all your contacts, photos, messages, etc. The same operation is also detailed in the video below.