A popular Android device, the HTC One X+ is similar to the previous X, just with an added plus. In case you’re still wondering what this plus is all about, you should know that it has a faster processor and a lot more space for storing data. Surrounded with a black border, this smartphone is also a little bigger while still maintaining the great design, but its size makes sense if we think of the 32/64 GB version of memory it comes with. If you own this HTC phone, allow us to first congratulate you on the great decision, as this is a great improvement compared to the One X.

While the battery is neither removable nor replaceable, you’ll probably appreciate the fact that it’s much longer-lasting than any similar model from HTC. However, the bad thing about this feature is that it won’t allow you to soft reset the phone by removing its battery. For this reason, our article today will show you how to solve software issues without having to do this procedure that you’ll probably used to from other phones you owned before. Our proposed solution is a hard reset on the HTC One X+, an operation that will remove all data that could be a danger for you device.

Considering that all files will be erased, you could have used a micro SD card to transfer some of the data. The bad news about this phone is that is doesn’t come with a card slot. You can, however, use the USB cable to connect it to any other device and perform the same operation. Given the amazing 8 MP camera on the back and the 1.6 MB one in the front, you also probably took quite a lot of photos and videos you need to save. 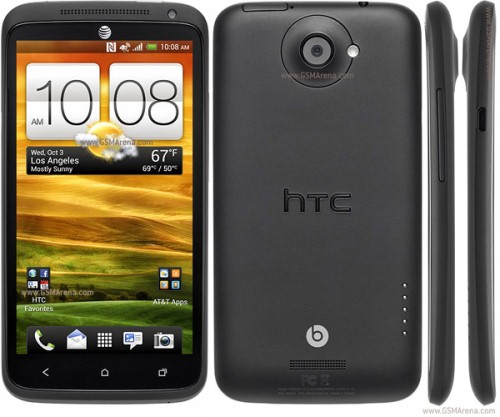 The HTC One X+ operates on Android’s version 4.1.1 which is also known as Jelly Bean. Another feature that you probably appreciate about this phone is its quad-core 1.7 GHz CPU, but the NVIDIA Tegra 3 AP37 is also a notable characteristic. The ULP GeForce 2 GPU and the Wi-Fi 802 hotspot make this a great device to own; not to mention the 42 Mbps internet speed in can reach in HSDPA.

RESTORING THE HTC ONE X PLUS

Whenever we’re having trouble with our smartphones, we tend to panic thinking that we might never manage to fix them. The good thing about this HTC device is that it automatically tells you when something goes wrong. By simply giving you a few signals like a longer time to load apps or unresponsive ones, the phone lets you know that something upsets it. All you need to do in such cases is make sure that you’re not overloading its memory, delete any files that might be infected by viruses and power the phone off and back on after a while.

If the previous steps didn’t make any change for your HTC, it might be time to move on to a more serious operation. Known by some as a master or cold reset, this procedure brings the phone back to its original settings and remove all user data. This way, we make sure that no software bugs is still kept by the end of this. Please follow the indications shown below:

The method above doesn’t always work for everybody, and it could be impossible for you to use it if the phone is unresponsive. For all such cases, we suggest using the second method, as shown here: